UK and Australia growth for The Stars Group

Strong revenue growth in the UK and Australia segments helped offset disruption in international markets and foreign exchange headwinds for The Stars Group during the third quarter of 2019. 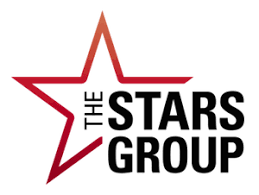 Results for Q3 2019 were described by CEO Rafi Ashkenazi as being in line with expectations, following on from the group’s deal with Fox Sports that was struck in May and the launch of Fox Bet products at the start of the NFL season in New Jersey and Pennsylvania.

Improvements in some markets were offset by the closure of PokerStars in Switzerland in July, where the group hopes to re-emerge in the newly regulated market in “due course”.

Net debt was reduced by over US$100m in the quarter and there was a prepayment of a further $100m in October. That brought The Stars Group’s total prepayments since the beginning of the year to over $450m and around $600m since July 2018.

In October, The Stars Group announced it was to merge with Flutter Entertainment in a £10bn deal.

Ashkenazi said: "Our highly cash generative business model enabled us to reduce our net debt by over US$100m in the quarter and prepay yet another $100m in October, bringing our total prepayments since the beginning of the year to over $450m and around $600m since July 2018.

"Shortly after quarter end we also announced an agreement to combine with Flutter to create a global leader in online betting and gaming, and we are working diligently to bring the proposed combination to closing.

"We remain excited about the opportunities in front of us as the combination will enhance and accelerate each company's growth strategy by providing a diverse portfolio of leading brands and complementary best-in-class products with a broad geographic reach."