Trolls are back in monster Yggdrasil sequel 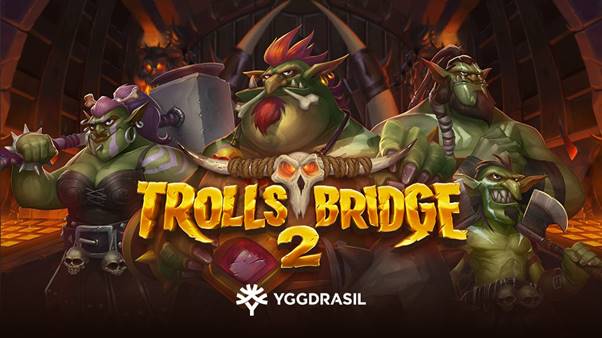 The Trolls are back and badder than ever in this monster title created exclusively for Betsson Group. The game is crammed full of features, a higher max win and ways for players to steal back what’s rightly theirs from the crafty creatures who have been thieving from travellers for centuries.

Players will take to the new sequel with recognisable gameplay and familiar mechanics but with the added twist of Colossal Symbols. In the base game, three scatters drop the drawbridge and reveal the pick and click gate which opens onto the free spins dungeon.

Activating the golden bet feature prior to free spins gives players an extra pick that could make all the difference and lead to bigger wins.

Other features include the bonus cauldron that can drop at any moment, bringing free spins or coins. When a flaming boulder is flung at the reels, multiplier rewards of up to five times are awarded. Players may also encounter a colossal troll which breaks through two reels. Should the troll turn wild in free spins mode then the rewards will pour in.

Jonas Strandman, senior product strategist at Yggdrasil, said: “Trolls Bridge was remarkably successful for Betsson and later across our entire network, with tons of features and a theme that really resonated with players.

“It came about with a combination of Betsson’s top-notch ideas and Yggdrasil's tight execution. The collaboration for Trolls Bridge 2 was no different – and the result is nothing short of mind-blowing.”