One of Britain’s biggest betting companies is itself the subject of a bet - Entain’s ex-CEO is now an 8/1 bet to take over again. 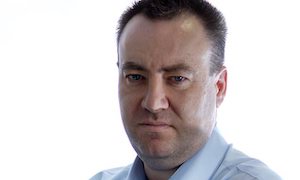 Shay Segev left the company, which owns Bwin, Ladbrokes, Coral and other brands, to go to sports streaming company DAZN. His departure was announced yesterday after just seven months following his taking over as CEO from Kenny Alexander (pictured).

Now Alexander has been named by bookie Star Sports as 8/1 to resume the hot seat as Entain mulls over an £8.1bn approach from its US sports betting partner MGM Resorts. Entain’s board has initially rejected the bid.

Alexander was at Entain when it was GVC Holdings and was there for 13 years. Interestingly, MGM Resorts’ CEO Bill Hornbuckle is also in the reckoning for the top job at Entain, says Star Sports, rating him an 8/1 shot.

Other names in the frame are ex-Stars Group CEO Rafi Ashkenazi at 20/1 and William Hill CEO Ulrik Bengtysson at 25/1. But the favourite is the head of MGM’s sports betting offshoot, BetMGM, Adam Greenblatt at 2/1.

Nanocosmos heading into 2021 with optimism

Interactive live streaming specialist nanocosmos is facing 2021 with renewed optimism in the light of changes to gaming legislation in Europe and the UK.

The popular Spanish igaming website Casino777.es has added the Trustly payment system to its list of payment providers.

Nuvei Corporation, the global payment technology partner of thriving brands, has announced that its wholly-owned subsidiary has received approval to support the sports betting industry in Tennessee.