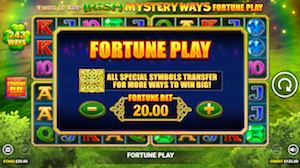 Set in the mystical sands of Ancient Egypt, the 3x5, 25-payline slot brings all the classic features of a Booongo Hold and Win title and more chances than ever to uncover riches.

If six or more mystery Scarab symbols are collected, the Hold and Win respins is triggered, where players are granted three respins as they look to collect even more Scarabs, all of which have a monetary value.

If all 15 mystery Scarabs are collected, players will win the grand jackpot of 1,000x their stake. Scarab Temple’s free spins mode can be unlocked if three Scatter Pyramids land on any one spin.

During the bonus round, all low-paying symbols are removed, meaning any spin could lead to big wins in the shadow of the temples. Scarab Temple is the newest game in Booongo’s growing slot offering, joining Thunder of Olympus and Dragon Pearls among the supplier’s top performing titles.

GoldenRace has a new product for Latin American betting operators - a satellite solution specially created to help retail operators expand their offer throughout the most distant and inaccessible territories.

SIS (Sports Information Services), a leading multi-channel supplier of betting services, has secured an agreement with Betlive to deliver its 24/7 Live Betting Channel to the leading Georgia operator.