Posting its results for the six months to February 28, online gaming operator Stride Gaming reported a 21 per cent increase in net gaming revenue, to £44m. 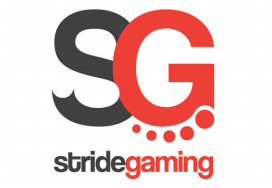 In the same period, adjusted EBITDA climbed 20 per cent to £9.64m. The comparisons are made on a like-for-like basis as if the acquisitions of 8Ball, Netboost Media and Tarco Assets on August 31, 2016, had taken place at the beginning of the six-month comparative period.

Non-executive chairman Nigel Payne said in a statement: “Our strong overall financial results in the first half have been driven by the accelerated organic growth of our real-money gaming vertical, which accounts for 89 per cent of total group revenues, offsetting a disappointing performance in our social gaming vertical.

“Overall, we have made considerable progress against our strategic objectives and targets by focusing on strengthening our foundations and proprietary platform.”

A fresh set of Implementing Procedures Part II for the remote gaming sector has been published by the Malta Gaming Authority in conjunction with the Financial Intelligence Analysis Unit (FIAU).

Virtual drag racing is a fresh sports betting opportunity that has been launched by BetConstruct, the gaming technology specialist.