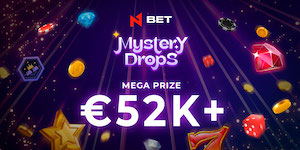 The casino operator quoted the unnamed player as saying: "The email about the big win was an absolute surprise. I had to read it twice and still could not believe it was real."

Catena Media’s sports betting affiliation is launching in Maryland as the US state opens its doors to regulated gaming.

N1 Partners Group is introducing a new way for its affiliate programme members to take advantage of their first-time deposit figures and get Christmas gifts.