Affiliate group Better Collective has enjoyed a strong start to 2019, with a big rise in new customers and organic growth. 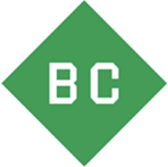 Jesper Søgaard, CEO of Better Collective, said: “I am pleased to report that growth in Q1 was strong compared to the same quarter last year. We now see the effect of the strong NDC intake throughout 2018, which even accelerated further to record levels in the first quarter of 2019. Revenue almost doubled including a strong organic growth of 41 per cent and operational earnings tripled compared to the same period in 2018.”

WPN Affiliates has announced that its affiliate team is attending iGB Affiliate London on February 5 and is now accepting prescheduled meetings.

Speed enthusiasts have the chance to land a pair of tickets for the Italian F1 Grand Prix, courtesy of a competition being run by Betsson Group Affiliates at iGB Affiliate London next month on stand M22.

Online casino comparison site Bojoko has launched a Finnish-language version of its site for the first time.