The rise in Remote Gaming Duty in the UK will result in smaller operators selling up, according to industry analysts. 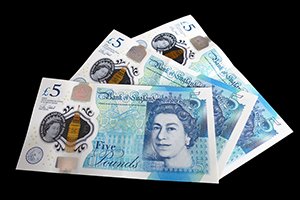 Chancellor of the exchequer Philip Hammond announced that RGD is to jump from 15 per cent to 21 per cent, making up the shortfall in Treasury income created by the reduction in maximum FOBT stakes from £100 to £2 as of next October.

“The rise was not unexpected but this doesn’t take away from the further pain many UK-facing operators are going to have to prepare for,” Buhagiar said.

“In addition to the fallout from changes in Brexit-related legislation, this industry is constantly adapting to wave after wave of regulatory changes and, because of this announcement, some operators will feel like throwing in the towel.

“We’ve already seen a spate of mega deals with the likes of GVC and the Stars Group completing major M&A transactions. The rate rise will only mean one thing: that life will get tougher for smaller operators and they will either be forced to downsize UK operations, shift market focus elsewhere or sell to the highest bidder.

“We fully expect this Budget decision to be a catalyst for increased M&A which will start as early as the first quarter of next year, and for already dominant brands to further strengthen their positions by capitalising early on these buy-side opportunities.”

Clive Hawkswood, CEO of the Remote Gambling Association, said in a statement that the UK was now “less attractive” to internet gambling companies and they would seek to make up for lost revenues by turning their attention abroad.

Meanwhile, the slashing of rates by a third for businesses with a rateable value of under £51,000 was generally given a guarded welcome.

However, John Webber, head of business rates at Colliers International, said that the changes do not address the need to help big retailers that have suffered recently.

"Most of the high street remains at the mercy of escalating business rates and the failure to address this issue will just mean the carnage on the high street will continue,” Webber said.

ORYX Gaming, a Bragg Gaming Group company, has agreed on a partnership with Pragmatic Play, the firms jointly announced.

Everton has announced it will end its sponsorship deal by Kenyan gambling firm SportPesa at the end of the current season, two years early.

Hacksaw Gaming has signed with leading online casino Twin and it is now live with Hacksaw’s slots including Om Nom, Stick ‘em and Miami Multiplier.