B2B gaming supplier Push Gaming has taken the latest step in its global growth, launching into Latin America with one of Colombia’s leading operators, Rivalo. 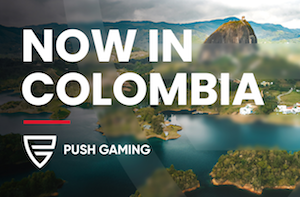 Rivalo will begin to integrate Push Gaming’s innovative titles such as the highly anticipated upcoming releases Mad Cars and Deadly5, along with recent hit games like Big Bamboo and Bison Battle and player favourites such as Jammin Jars’ and Razor Shark.

The latest in a succession of market entries for Push Gaming builds upon its ambitious expansion plans and the partnership marks its first venture into the potential-rich and burgeoning Latin American market.

The agreement will allow Push Gaming’s player-first portfolio of titles to be played by Colombian customers for the first time and is the latest in a series of commercial partnerships in both the Latin American market and globally.

Greentube has expanded the reach of its games library after a deal with Casino777.nl.

Inspired launches in Ontario with Betano

PartnerMatrix in deal with AdmiralBet

PartnerMatrix is proud to announce a new partnership with the established Serbian sports betting and casino platform AdmiralBet.