Pragmatic Play, a leading content provider to the igaming industry, has further strengthened its position in Latin America with operator Estelarbet by introducing its bingo vertical. 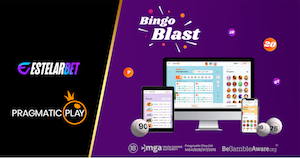 This latest agreement with Estelarbet will see Pragmatic Play further its reach into the Latin American market. This regional growth has seen it expand upon existing partnerships and acquire deals with new operators prompting further development across the continent and globally.