The £8.1bn proposed takeover of Entain (formerly GVC and parent company of Ladbrokes, Coral, Gala and Bwin among others) by MGM Resorts is "not in the right postcode," says one of Entain’s largest shareholders. 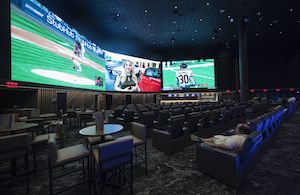 The third biggest investor in Entain, Aberdeen Standard, reckons that MGM is undervaluing Entain by "billions of pounds" in an interview published yesterday in the Sunday Telegraph newspaper.

Wes McCoy, investment director at Aberdeen Standard, is quoted as saying: “If you are going to buy this company from my fund holders, the conversation is going to have to start with: "This is a great company, now let’s talk. This offer is not in the right zip code or postcode.”

Another major shareholder is quoted: “Blockbuster said that Netflix was no good. That’s the closest analogy in my mind. This is Blockbuster putting in a bid for Netflix before it hits scale.”

Scientific Games has secured a new three-year contract extension with Entain to continue powering one of the world’s largest sports betting and igaming groups with its OpenGaming ecosystem.

Entain, the global sports betting and gaming operator, marks International Women’s Day today with a series of initiatives to support girls and young women interested in building careers in technology,