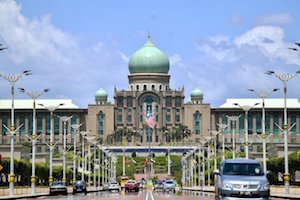 The report said the law is under the jurisdiction of the Ministry of Finance, which was approached about two months ago with proposals to make the changes. The Prime Minister’s Department is waiting for a response from the MOF on the issue.

The newspaper reported Datuk Seri Wan Junaidi Tuanku Jaafar, a separate minister in the Prime Minister’s Department, as saying reform to the gambling law is long overdue and outdated.

The law dates back to 1953 and has no provision for online gambling. Wan said the taxes could be used to help rebuild infrastructure.

“These taxes can be used to solve many problems… Issues with roads, drains and other, but the government is unable to do so as it doesn’t have a mechanism.”

Malaysia has sought to crackdown on illegal gambling for years, launching successive campaigns to stamp out the practice. However, in the Covid crisis triggered a change of heart as the country sought ways to shore up its economy.

Online betting company 1xBet has struck a deal with Tundra Esports that will see its logo appear on Dota 2 roster jerseys.

Aggregator and content provider Pariplay has been awarded its Pennsylvania licence as it continues to grow its footprint in North America.