Facebook to offer online gambling to Italy and Spain

Following a successful trial in the UK, Facebook, in partnership with bwin.party and Zynga, is bringing real-money social gaming to Italy and Spain. 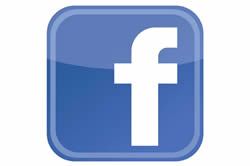 An exclusive partnership deal last year between Zynga and bwin.party, meant San Francisco-based Zynga was able to launch gambling for real money in the UK.

After a recent trial on Facebook, these gaming apps for real money will now be made available to users in Spain and Italy as well.

Facebook has also recently launched a sport betting app with Paddy Power in the UK, showing signs of its commitment to allowing real-money gaming on its site. Restriction of access to these gambling apps remains, with only users over the age of 18 allowed to use them.

Online betting company 1xBet has struck a deal with Tundra Esports that will see its logo appear on Dota 2 roster jerseys.

Aggregator and content provider Pariplay has been awarded its Pennsylvania licence as it continues to grow its footprint in North America.