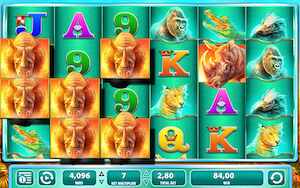 The operator's players will now be able to experience content from Scientific Games' OpenGaming System, with igaming titles including 88 Fortunes, Dancing Drums, Raging Rhino, and other popular slots.

Scientific Games said that alongside its content, it will also deliver a host of responsible gaming tools "boosting 25syv’s attraction to new players and increasing retention rates for its existing audience."

Erman Bozdogan, chief product officer at 25syv, said: “Scientific Games boasts the most comprehensive library of content and we are delighted that our Danish players will be able to access this array of cutting edge content to add to our entertainment offering in gaming and sports betting that we know will resonate with our players.”

Dylan Slaney, SVP gaming, digital, at Scientific Games said, “25syv are a highly-regarded operator in the Nordics and we are delighted to be bringing our first-class content to players in Denmark alongside 25syv and this deal further demonstrates our commitment to working with leading operators across the globe, offering their players unparalleled gaming experiences.”