The retaliatory tariffs imposed by the US and the European Union against a range of products traded between the two, including amusement and gambling machines, are the subject of a joint letter sent by 88 trade organisations to the two governments. 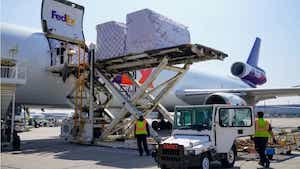 This week, the letter, signed by all the trade associations, went to both Brussels and Washington, urging the permanent removal of the tariffs imposed in a tit-for-tat escalation between the two.

The actual cause of the spat is what is regarded as unfair government support for aircraft production.

Both EU president Ursula von der Leyen and President Biden were targeted in the letter, which covers a range of products from agricultural equipment to consumer and industrial goods. There has been a four-month suspension of tariffs, which is welcomed by the associations, but they seek to make it permanent.

A second wave of retaliatory tariffs in the dispute is set to be introduced on June 1, which the organisations wish to head off.

Among the trade association signing the letter is Euromat, the European federation of coin machine trade associations. The UK, since Brexit, is no longer involved in the dispute and is not affected in direct transatlantic trade.