MGM 'not committed' to Japan casino

In an earnings conference call held at the end of last week, MGM president and CEO Bill Hornbuckle revealed that his firm was not committed to moving forward with its multi-billion dollar IR investment at Yumeshima in Osaka, Japan. 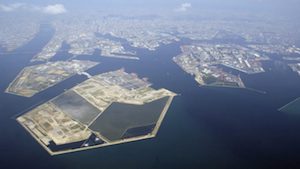 MGM had never before cast public doubt on its commitment to build the Yumeshima IR, where it is currently the only operator making a bid. “We like that we’re not fully all in on this investment,” Hornbuckle added.

He also noted that MGM would “have between a 40 and 45 per cent stake in that operation” if it moves forward. Looking ahead, Hornbuckle stated that MGM currently presumes that the Osaka RFP process will move ahead in early 2021, though they have no definite information.

He also made the oblique but perhaps meaningful comment: “We like the fact that there’s probably going to be a delay in the reopening of some of the conversations that will hopefully make this a better investment for anybody interested in it, most notably us.”

That appears to be a hint that he expects the Japanese national government to reconsider its regulatory framework for IR development.

In Japan the Nagasaki Prefectural Government has told its prefectural assembly that the national IR timeline will likely be delayed by six to12 months, according to the information that it has been able to obtain.