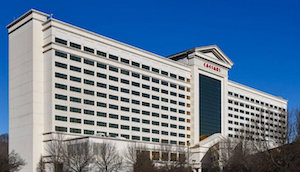 The company will sell the operations of Caesars Southern Indiana to the Eastern Band of Cherokee Indians for $250m and the band will then lease the buildings from owner VICI Properties for $32.5m in the first year.

The Indian band will also enter into a long-term agreement for the continued use of the Caesars brand and Caesars Rewards loyalty programme at the venue. The deal will close in the third quarter of 2021.

"Expanding our relationship with the Eastern Band of Cherokee Indians is an exciting event for Caesars Entertainment," said Tom Reeg, CEO of Caesars Entertainment. "Since our partnership began back in 1996, we have admired their growth and the success of their properties. We look forward to increasing our relationship by extending the Caesars brand and Caesars Rewards loyalty program to them at Caesars Southern Indiana."

"The purchase of Caesars Southern Indiana operating company marks the beginning of an exciting new future for the Eastern Band of Cherokee Indians," said Richard Sneed, principal chief Eastern Band of Cherokee Indians. "We are pleased to build upon our long-standing partnership with Caesars as we look to advance our interests in commercial gaming in the coming years."

BMM one of top 50 STEM workplaces

BMM Testlabs has been recognised as one of the top 50 workplaces for indigenous STEM professionals.

The proposed "affordability checks" in the UK will jeopardise the current low incidence of problem gambling, warns a trade leader.

The new Allure slot game from Zitro has made its debut at the Dania Beach casino in Florida, US.