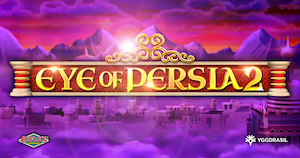 The game sees players searching for a priceless jewel, which according to legend has the power to transform the fortunes of the bearer and bring untold riches.

The feature-packed title includes the Jewel Rush bonus, which is triggered by three, four or five scatter symbols landing during the base game. In this respin-style bonus, the Jewel symbols lock in place and the reels change to 15 individual reels with Jewels and blank positions.

These continue to respin automatically while new Jewel symbols land and at the end of the feature up to 100 free spins can be awarded. During free spins, reels are loaded with stacked wilds, which cover the full height of the reels.

Adding to the excitement is the game’s Princess Wilds bonus which can see up to 100 wild symbols added to the spinning reels, significantly increasing the chance of a winning combination.

The game is the latest title release in partnership with Reflex Gaming and is part of the YG Masters portfolio, powered by GATI, Yggdrasil’s state-of-the-art technology enabling partners to employ the preconfigured, regulation-ready, standardised development toolkit to produce consistently cutting-edge content followed by rapid distribution.