Play’n GO takes to the high seas with its latest game release, Cash of Command. 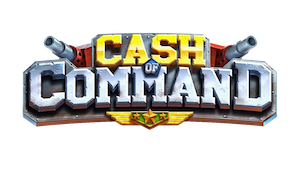 In the battleship-style game, players must lead their fleet to victory and outsmart foes while avoiding enemy waters.

Within the game, commanders sit to the side of the reels and appear once a specific number of symbols have been collected through winning clusters until finally battling with one of the game’s characters, Baron Fusco.

Each character provides a new way to help players reach their maximum potential, whether adding wilds to the grid or transforming symbols.

Rather than cascading, the battleships at the bottoms of the grid are animated and blast symbols on the grid to remove them from the grid.

Charlotte Miliziano, head of games at Play’n GO, said: “Everything from the way the features play out on the grid to the visuals in the game, Cash of Command is a shining example of why Play’n GO games stand out in the industry.

“Our commitment to entertainment is in every ounce of what we create and that’s evident more than ever in this in this creative grid slot.”

Greentube, the Novomatic Digital Gaming and Entertainment division, is challenging players to uncover secrets of the deep in its latest release Lord of the Ocean 10: Win Ways.