The Maltese Parliament has been presented with a new single piece of legislation on gaming, intended to replace existing rules with a single act. 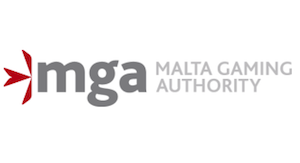 Announced by the parliamentary secretary for financial services, digital economy and innovation, Silvio Schembri, the act and its subsidiary legislation covers the main thrust of gaming regulation in addition to a series of technical directives and guidelines currently being consulted on by the Malta Gaming Authority.

“This bill marks a major step in streamlining and encompassing the governance of all gaming services offered in and from Malta and across all channels under the competence of the MGA,” Schembri said.

“The government wants to ensure that the gaming industry continues to be run responsibly, fairly and free from criminal activity, so that the Maltese jurisdiction provides a safe and well regulated environment where the industry can also develop and innovate.”

The aim of the new legislation is to ensure the MGA has the ability to effectively regulate and protect consumers, removing red tape through efficiencies, improving the robustness of the current framework and focusing regulation on outcomes.

Schembria anticipates that the bill will result in the gaming industry growing by four per cent.

Joseph Cuschieri, executive chairman of the MGA, said: “This is an important milestone and we welcome this major step forward by the Maltese government. This bill contains draft proposals which aim to bridge the regulatory gap between various gaming verticals and channels, including new technologies serving as a platform to future proof gaming regulation, whilst ensuring that consumers enjoy a consistent level of protection.”

Other key aspects include the move towards objective-based regulation that caters for innovation, a broadening of the regulatory scope to allow for increased MGA oversight and possible intervention, widening powers to achieve anti-money laundering regulatory objectives and segmenting the “key official” role into various key functions within a licensed activity, requiring approval, for direct scrutiny and targeted supervisory controls, and thereby raising the bar for persons of responsibility within a gaming operation.

There is also a strengthening of the player protection framework by formalising the mediatory role of the MGA’s Player Support Unit, enshrining segregation of player funds at law and moving towards a unified self-exclusion database across both remote and land-based delivery channels.

In addition, there are new obligations placed on operators to monitor sports betting and report suspicious bets, while B2B licensees will be exempted from gaming tax.

Meanwhile, at least five Italian gambling companies are reported by MaltaToday to have left Malta after an MGA probe into organised crime links and unlicensed betting shops.

The licence of Phoenix Online has been suspended, LB Casino’s has been withdrawn and operators Betent.com, Potterbet and Giodani have all voluntarily given up licences.