Premium slots and table games provider Habanero has partnered with Italy-based BLOX in a deal that cements its position among the territory’s most popular gaming brands. 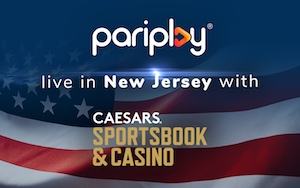 The multi-award nominated supplier’s coveted suite of over 100 games will launch with Blox Ltd under the agreement, allowing the operator to introduce high-performing Habanero hits to its fast-growing audience.

The deal sees BLOX gain access to the immersive casino titles created by the supplier, including Scopa, Wild Trucks and Jump!. The company will be able to offer Habanero’s world class content to both players experiencing its B2C brand, and the extensive partnership network that utilises its advanced gaming platform.

Already established as one of Italy’s most popular player favourites, Habanero’s latest Italian agreement further consolidates its position as one of the jurisdiction’s most prominent suppliers, following comprehensive deals with the likes of Bet365, LeoVegas and Lottomatica.