SportCaller, the free-to-play sports-game specialist, has hired former founder of Grand Parade, Andy Clerkson, to be the company’s first chairman. 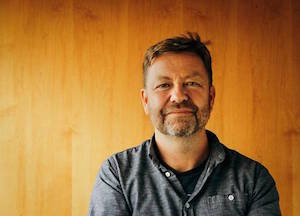 Clerkson founded content, design and technology agency Grand Parade in 2007 before selling to William Hill in 2016. Throughout 2018 he has been in New Jersey, helping William Hill expand into newly regulated states in the US.

Prior to setting up Grand Parade, Clerkson published Maxim USA for Dennis Publishing, which became the largest mens’ magazine in the world, selling more than 2.5m copies per month.

Having pioneered the model of a free-to-play jackpot games with Channel 4 and Sky Bet back in 2014, SportCaller has achieved outstanding growth in recent years.

It has significantly expanded its global footprint this year, working closely with GVC, Paddy Power Betfair and William Hill, and branching into 22 countries as diverse as Spain, France, Italy, Greece and the US, alongside a number of countries in Asia and Africa.

Clerkson said: “The free-to-play market has exploded recently and SportCaller are driving the innovation in the sector, so it’s a great time to be joining as chairman.

“What is really exciting is the potential for further growth around the world, not least in the US following the repeal of PASPA.

“I look forward to working closely with Cillian (Barry, SportCaller MD) and his team to continue developing the strategy, which is all about value creation for our partners and their players.”

Scientific Games has secured a new three-year contract extension with Entain to continue powering one of the world’s largest sports betting and igaming groups with its OpenGaming ecosystem.

Entain, the global sports betting and gaming operator, marks International Women’s Day today with a series of initiatives to support girls and young women interested in building careers in technology,