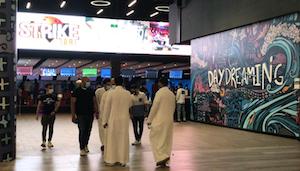 The operator has launched both brands in the Nakheel Mall, in Dammam, Saudi Arabia, where its new Billy Beez is located. They will receive an official opening at the same time as the Billy Beez location.

The company now operates 15 Billy Beez venues in Kingdom of Saudi Arabia. There are three also in Egypt and 14 in the US.