James Packer insisted on selling a 19.9 per cent stake in Crown Resorts to Melco Resorts while the key executive negotiating the transaction gave “little thought” as to the potential impact on its Sydney licence, an inquiry heard. 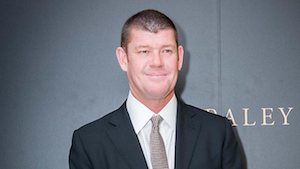 Michael Johnston, a non-executive director of Crown and finance director of Packer’s private company Consolidated Press Holdings, was testifying before an inquiry in New South Wales.

Regulators are seeking to judge whether the Australian operator is still suitable to hold a licence for its Sydney property, which is scheduled to open later this year.

One of the clauses that regulators insisted on when granting that licence was that Crown had no dealings with any companies related to Macau kingpi, Stanley Ho. Melco is run by his son Lawrence, though one of his related firms still has a stake in the Macau operator. Ho senior died in May this year.

Johnston told the probe he flew to the US to talk to Packer about other potential buyers for the Crown stake in 2019. But Packer reportedly told Johnston via text message: “Mike, it’s my life and I’m going to overrule you.” Packer is scheduled to testify via remote link from his US base later this week.

Euro Games Technology keeps on gaining speed on the B2 saloon market in Spain.

New UK Covid-19 restrictions that will see the closure of Grosvenor Casinos in Greater Manchester and South Yorkshire have been criticised by the operator's boss.