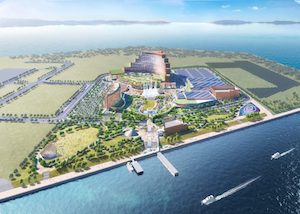 If the plan for Osaka is approved, said MGM CEO Ed Bowers, then the venue would out-perform any other IR in Asia in terms of revenue.

Bowers was addressing the G2E Asia Special Edition in Singapore, reports Inside Asian Gaming. He told a conference session that the plan, if approved by the country’s central government, would become a major financial boost for the Kansai region.

“It will be the most expensive IR ever built in Asia,” said Bowers, “and will employ around 1,500 people.”

A decision on the competing bids for a casino in Osaka is expected to be announced as early as next month.

InterGame's gaming and igaming Directory, a complete guide to the world of both land-based and online gambling, is out now.

Wheel of Legends voted Slot of the Year

Zitro’s Wheel of Legends won the Slot Machine of the Year award at the BEGE in Sofia, Bulgaria, this year.