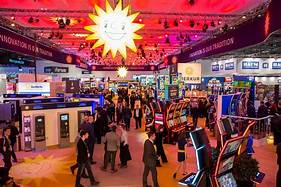 Merkur Gaming Group, part of the Gauselmann Group in Germany, made the announcement this afternoon "reluctantly" to pull out.

The company said that the decision had been taken "for a number of reasons." It felt that the group’s substantial investment in ICE would be unable to show a positive return.

“We regard Clarion Events and ICE itself as major factors in Merkur’s success in recent years. We hope to be able to re-engage with them at the earliest possible opportunity but that has to be at the right time, in the right place and in the right conditions.

"We look forward to that positive collaboration, we regret having to take the decision that we are now announcing but, under the present circumstances, we are convinced that we have chosen the correct path as an example to and for the benefit of the entire international gaming industry.”