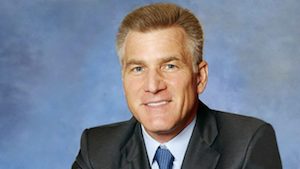 The company reported its third-quarter earnings on Wednesday and held an analyst conference call after the market closed. The results were below analysts’ expectations, but most of the focus of the call was on the concession renewal process.

China’s clampdown this year on sectors ranging from technology to private education, coupled with proposed amendments to Macau’s gaming law, have spooked investors and raised questions over just what Beijing might be prepared to do.

“I do not. I see no chance of that whatsoever,” he said when asked if there is a chance of the company losing its licence. “We’ve been doing this for a couple of decades; we have an unparalleled track record.”

Goldstein pointed to Sheldon Adelson’s vision for the Cotai Strip and the $15bn the company has invested in developing its Macau assets.

“So I remain beyond confident that we’ll be operating in Macau. I don’t think there’s any chance whatsoever that we wouldn’t be.”