A VR game based on the film Zombieland has been released by unattended virtual reality arcade game manufacturers VRsenal. 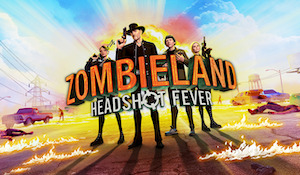 The new attraction was unveiled at October's IAAPA Expo in Florida, US.

VRsenal founder Ben Davenport said that the product would be "perfect for FECs."