Zamperla honoured in Hall of Fame

Legendary Italian rides maker Alberto Zamperla is one of two inductees to the IAAPA Hall of Fame to be announced this week during the show in Orlando. 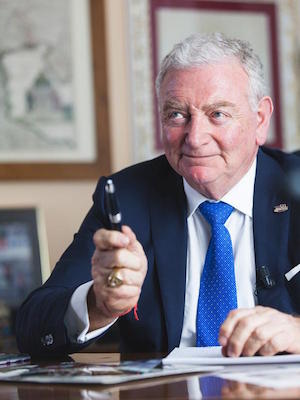 Zamperla is joined by Frederick Langford in the honours, a programme that celebrates significant and lasting contributions to the global attractions industry.

Langford is from WaterWorld Products of New Jersey, US. He is an architect, inventor and designer who is credited with the development of the modern water slide. Langford was first to use fibreglass in construction to replace concrete and he has many other inventions to his credit.

Antonio Zamperla has run his family company since 1994 and grew it from an annual output of 50 rides to more than 200, opening production facilities in China and Belarus to supplement that in Italy. He has worked to bring international safety manufacturing standards to the market and improved rider accessibility. He has made many contributions to industry charities and is a founder and first chairman of the European Suppliers Association that created the Euro Attractions Show, today’s IAAPA Expo Europe.