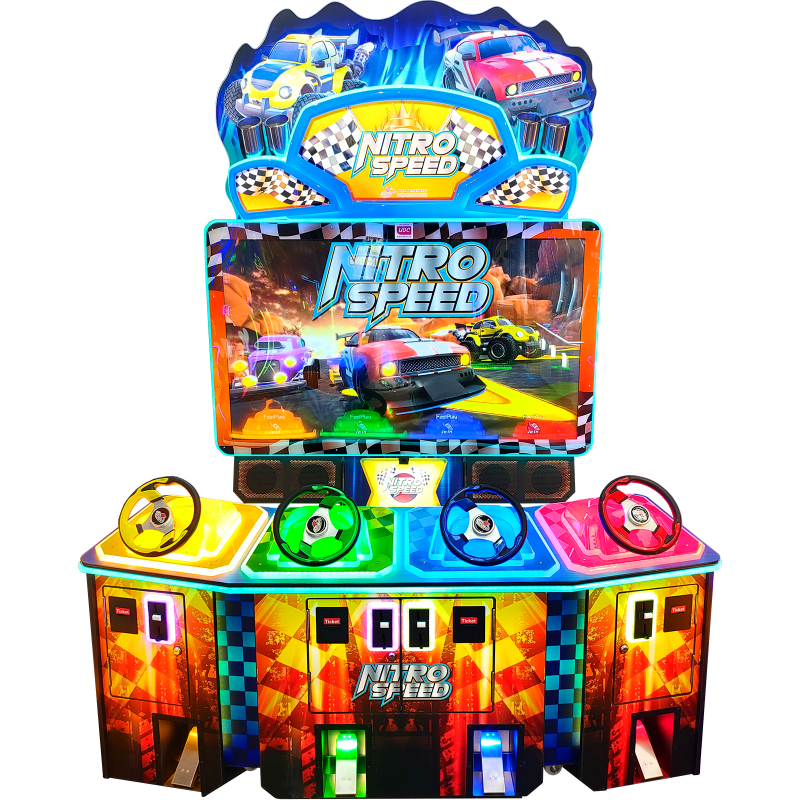 A ticket redemption game, Nitro Speed has players select from four different vehicles as they race around tracks that include desert canyon, cityscape and winter wonderland, collecting rings and power ups along the way.

The game is played using a steering wheel and pedal, with the action playing out on a large HD display.

The cabinet is equipped with four multi-coin mechanisms and ticket dispensers, and is card system compatible.