The jewel in the crown 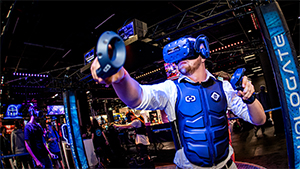 THE family entertainment centre has been a presence on the amusements scene for a considerable time now. It provides a hub for a myriad of amusements games and is particularly well received in markets with the space for large-scale locations, such as the Middle East and US.

Because they have the ample space needed to provide it, those markets in particular have given rise to a new breed of FEC, one that aims to provide everything under one roof. As such, there is now more demand than ever for what we call an “anchor” attraction, a big-hitting draw that entices visitors through the door and provides the central spectacle, with the smaller attractions that orbit it then benefiting from the footfall created.

Read the full article in the December issue of InterGame