Stern Pinball has announced that it will be attending the European Amusement Expo at ExCeL in London, next week, Tuesday to Thursday. The company will feature its products on the stand of its distributor, Electrocoin (booth 515). 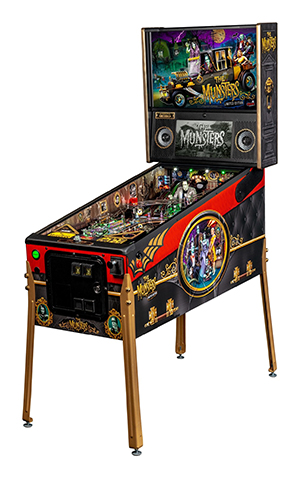 Chief revenue officer John Buscaglia told InterGame that the company would be sending over to London president Gary Stern with Doug Skor and Buscaglia would be coming himself. They will be presenting the new Munsters pinball in both Pro and Premium models and the Beatles model plus Deadpool.