A combined police operation throughout Spanish arcades on September 26 and 27 to check on complaints that minors were being permitted access to gambling machines has found no real evidence. 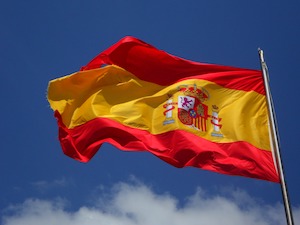 The deployment of hundreds of officers from the national and local police into 1,881 arcades throughout the country found only 28 minors in all of the country and just four arrests.

Tomás de la Oliva, chief commissioner and head of the Specialised and Violent Crime Unit, plus two other senior officers, met with the media last week to report on Operation Arcade, says the Spanish trade publication Azar. They were responding, they said, to a number of complaints. In all, 49 local jurisdictions were visited.

The chief inspector of the gambling control service, Javier Molinera, reported that the arcade owners had collaborated with the investigation and he concluded that the results showed that the industry provided a "fully safe and responsible leisure activity." He noted that with only 28 minors found in nearly 2,000 visits, while there should be none, it was not an alarming situation.

It was noted during questions that the investigation had concentrated only on the private sector and there had been no checking on the public operations of organisations such as ONCE, the government-owned lottery. The police officers responded that they were initially reacting to complaints about that sector specifically, but that all areas of gambling would come under their scrutiny.