Made for the home games market, Sega in Japan has released a mini arcade cabinet. The Astro City is a new concept from the company that pays tribute to classic arcade games. 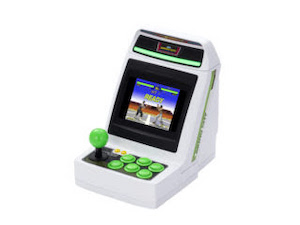 The unit will be launched later this year and will come pre-loaded with 36 Sega arcade titles, including Golden Axe, Virtua Fighter and Fantasy Zone.

The unit will have a built-in screen, joystick and six-button console, but can also be linked to a television. It has two additional USB slots for other control pads and control sticks.

It will cost around $100 and it is not known at present whether it will be released in Europe.