Two mini-golf courses, themed to the films of famous animation studio Pixar, have opened at two locations in Australia. 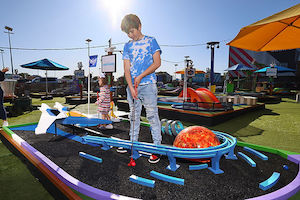 Pixar Putt is now operating at locations in Melbourne and Sydney, featuring holes from some of Pixar’s most popular films including Toy Story, Monsters Inc and The Incredibles. There is even a hole from the studio’s latest movie, Lightyear.

The courses will be open throughout the day, while after-dark sessions will be restricted to those 18-years-old and above from Thursday to Saturday evenings.

Rachael Carroll, managing director at TEG Experiences told Scenestr.com.au that the company was excited to head to new locations.