A pending crisis in the Italian amusement industry could have influences on surrounding European countries, a seminar during London’s EAG Online trade show was warned yesterday. 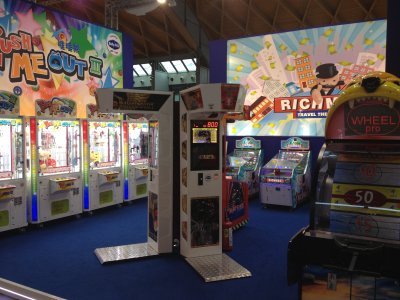 A panel discussed the The Amusement Revolution in Italy, which saw speakers warn of pending Italian laws that would put insufferable burdens on the country’s estimated 110,000 amusement machines.

Trade leaders from Italy took participants through the current situation. There has been a long-running problem in Italy with ticket redemption, with some local authorities attempting to impose gaming machine regulations on the devices.

The Italian industry, led by its trade associations, has constantly fought any imposed link on ticket redemption games with slot machines, and has even commissioned a Rome university to provide detailed and independent research to prove no connection. That research, the seminar was told, is close to completion.

Meanwhile, the Italian Government is proposing new laws for all of the country’s amusement devices, among them some very damaging proposals that every machine entering the country – even football tables, kiddie rides and novelty games – should be homologated. This, asserts the trade associations, would place an intolerable burden on the movement of machines into Italy and force operators to buy only Italian-made games.

The seminar, brought together by Italian publication GiocoNews, was moderated by David Snook of InterGame. The speakers included GiocoNews’ Alessio Crisantemi, Alessandro Lama, president of Federazione Amusement Confesercenti, Mauro Zaccaria of FEE Consortium, the FEC organisation, and Claudio Dalla Pria, member of the SAPAR trade association. They were joined by Jason Frost, president of Euromat.

Lama gave a concise update with slides on the findings so far of the ticket redemption study, that showed no correlation between ticket redemption and gambling. The conception of players was that the games were totally harmless and did not lead to compulsive gambling.

The problem, said Claudio Della Pria, was exacerbated by localised powers to dictate what games are permitted locally and other rules.

Mauro Zaccaria said that the estimated of the number of non-gambling machines currently in Italy – including ticket redemption – was a conservative 110,000.

They all agreed with Jason Frost that the larger picture would be highly damaging. The Italian proposals, currently with the European Commission for approval, had many negative issues, including the top value of all prizes taken out of a location, the costly homologation of all games entering the country and lack of information about how the rules may apply to the existing market.

Alessandro Lama emphasised that there was now a consultation period during which interested parties, including individuals, companies and trade organisations, could lobby the Commission on the damaging consequences of approving the Italian decree. Those comments have to be with the Commission by May 10.

Euromat was in the course of approving its own submission in support of the Italian trade. Any others wishing to add their voices to the campaign, should direct them to Giuseppe Casella, Head of Unit, Prevention of Technical Barriers, Directorate-General for Internal Market, Industry, Entrepreneurship and SMEs, European Commission, Avenue des Nerviens 105, 1040 Bruxelles, Belgium.