Games arcade to open in Hamilton, US

Champion Mill Arcade is expected to open in a 5,000sq.ft space at the Spooky Nook sports and events complex in Hamilton, Ohio in early 2023. 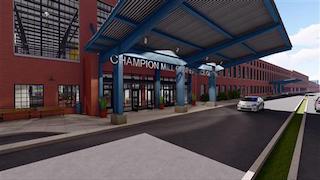 Arcade owner Brad Baker told Journal-News there will be pinball machines and 1980s arcade games "that keep mom and dad occupied" but that it will mainly feature modern games. These will include prize games, new video games and racing machines, as well as the latest in virtual reality. It will also feature a VR coaster with 12 tracks and a motorcycle game.

The venue will have lots to keep children entertained and busy with games focused on all or part of a team, large groups, and families. Baker said he is anticipating somewhere between 60 and 80 games in the arcade and is planning to get one of the new eight-player Pac-Man games for the venue.

The Champion Mill Arcade will be similar to the arcade at the Kalahari Resort in Sandusky, where to get to the main entrance to the pool or to some sections of the hotel, patrons go through the arcade.