Major US bar-arcade operator Dave & Buster’s has reopened 98 of its 136 stores – and one entirely new one – where the local easing of restrictions permit. 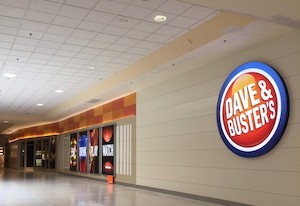 The company reports encouraging trends in business where it has reopened. After declining 87 per cent during the second quarter, comparable store sales fell 75 per cent in August and 62 per cent in September.

Commenting, CEO Brian Jenkins said: ““The progress we’ve made reopening stores and driving sales recovery demonstrates the enduring strength of the Dave & Buster’s brand and the loyalty of our guests across the country. We remain optimistic that we will emerge from this challenge in a stronger competitive position to deliver fun to our guests and value to our shareholders.”

The new Dave & Buster’s store opens on October 26 at Lehigh Valley Mall in Whitehall Township, Pennsylvania. It is a 30,000 sq. ft. complex with hundreds of games and a sports bar.