After nearly 40 years in the amusement industry, Satander Bhutani is retiring. 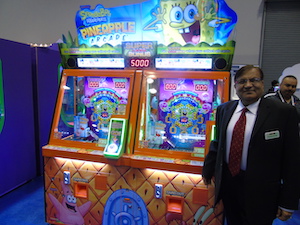 He joined the business in 1981 when he teamed up with his brother, Satish at Bhuzac International, based in Foster City, California.

He moved on to Capcom in 1991, with its operations division and then subsequently joined Steve Blattspieler in the sales division.

Satinder followed Steve into Andamiro USA in 2000 and he has been there ever since. He retires from his post there as president of the US offshoot of the Korean company.