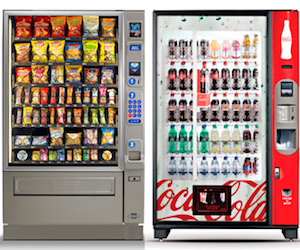 In the study carried out by Michigan State University, it was found that cashless technology improved sales growth for machines producing under US$2,000 in annual sales, than for higher performing machines.

Activity was measured in 250,000 machines following cashless deployment over an 18-month period, and the results showed that card transactions increased by 74 per cent and cash transactions rose by 13.

Transactions also rose in total by 26 per cent, 74 per cent for card purchases and 13 for cash.

The reasons given for the increases were the use of remote data management, allowing operators to deliver more efficient servicing, and sales analysis leading to a more strategic choice of goods stocked in the machines.

Currently, only a quarter of the estimated 4.5 million vending machines in the US are equipped to accept cashless payments, according to the study.