Gambling machines in Britain’s betting shops can operate under certain of the tiered system following the lockdown but arcades cannot open. 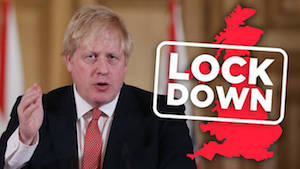 This has caused considerable fury among operators of arcades and family entertainment centres who feel that there is an un-level playing field.

The trade association, BACTA, the BGC covering bookmakers and the Bingo Association had all held talks with government officials over the measures to allow locations to open, even under the strict Tier 3 lockdown.

Only the bookmakers’ shops are able to open in England, causing fury among their high street rivals who are still forced to close.

It seems that the bookmakers had agreed to have an 8pm curfew and would only permit 15 minutes of dwell time in the venue, plus no more than two visits a day. In addition, two machines have to be switched off and no races can be screened on shop monitors.

While the arcades and FECs association, BACTA, had offered further concessions on capacity but not dwell time - so did casinos and bingo halls - it could not countenance going to limits on how long players could be on the premises and decided that 15 minutes would not be commercially viable.

While this applies to locations in England, in neighbouring Scotland there is a similar situation with bookies open while arcades and adult gaming centres have to close.

Wales has had its own two-week lockdown, closing its border with England, and now machines in pubs and arcades are back in action - until the evening curfew.