Daytona Lagoon, the waterpark and family entertainment centre based in Florida, US, had its most successful summer season yet, with a 30 per cent increase in attendance. 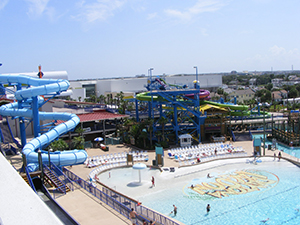 Following the grand opening of two new rides, Kraken's Revenge and Shaka Halfpipe, attendance figures increased significantly during the month of May compared to the previous year.

Open year round, the park boasts the beach’s only go-kart track, a laser tag arena, the Sky Maze ropes course, rock climbing, mini-golf and cutting-edge arcade with over 85 games, including the all-new Virtual Rabbids VR Ride.