Some relief for UK gambling in Budget

The UK’s Budget, the annual announcement of finances by the Chancellor of the Exchequer in the House of Commons yesterday, brought in some degree of relief for the pandemic-hit gambling industry. 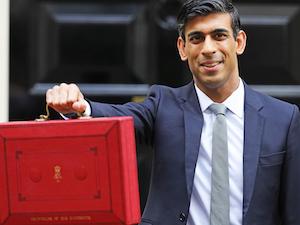 It is now hoped that the UK’s economy will recover to its pre-Covid levels by mid-2022 - earlier than expected.

There is a new Recovery Loans Scheme under which companies can apply for loans of up to £10m until the end of this year with the government guaranteeing up to 80 per cent of the lending.

The furlough scheme that has been widely used by gaming companies to hold on to their staff is extended until the end of September but with reducing levels of contributions from the government.

There is also a Restart Grant Scheme to help High Street businesses and hospitality companies recover with non-essential retail - and that includes casinos, bingo halls, arcades and adult gaming centres - eligible for grants.

Corporation tax on company profits are to rise by 25 per cent with a lower rate for companies with profits of £50,000 or less.

The gaming duties, the taxes paid on gambling machines, will rise, but only in line with the Retail Price Index.

The arrest of Suncity CEO Alvin Chau has put $19.3bn in VIP GGR at risk and other jurisdictions around Asia are likely to target Singapore’s premium mass players to help plug the gap.

The Association of Gaming Equipment Manufacturers has approved the membership applications of 13 new companies, bringing the group comprised of the world’s leading gaming suppliers to 172 members.