The NUSTAR Resort & Casino opened at the weekend on Cebu island in the Philippines, becoming the first integrated resort for the popular holiday destination. 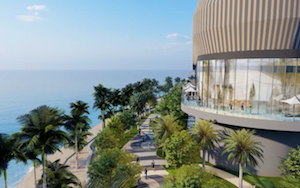 The resort will feature three hotel towers. Tower 1 will be ultra high-end, while Tower 2 will be five star and Tower 3 for the MICE market. It will also feature a commercial and retail centre that will bring in luxury retail and food options, a first for Cebu.

According to the resort’s website, the casino floor area totals 21,000sq.m and will eventually feature 1,500 gaming machines and 500 tables. The opening had been originally planned for March, but was slightly delayed due to the spread of the Omicron variant.