The fresh legislation suggested for Northern Ireland’s gaming industry is largely welcomed by the adult gaming centres in the country. 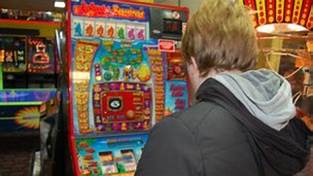 A bill reforming Northern Ireland’s gambling laws was put before the Assembly on Wednesday of this week. Gerald Steinberg, chairman of trade association NIACTA and a leading operator, said: “We broadly welcome the introduction of long-overdue legislation.

"The 1985 order currently in force was based on the 1968 British Gaming Act and is hopelessly out of date. We have been working on this with the much-appreciated cooperation of the Department of Communities officials. We look forward to the implementation of the new legislation and the introduction of phase two in due course.”

The bill placed before the Assembly on Wednesday has introduced a ban on anyone under 18 playing gambling machines and made it an offence to encourage or permit them to play. It introduces a mandatory code of practice for licence holders and a statutory levy on operators to be used for projects such as tackling problem gambling.

It also makes gambling contracts enforceable in law and permits bookmakers and bingo clubs to open on Sundays and on Good Friday.

This, however, is only the first phase of Northern Ireland’s revision of its gambling laws. The second phase will take into account online gambling.