An award has been won by Holland Casinos’ Nijmegen location. 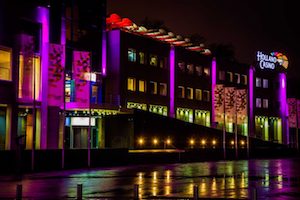 The Dutch online and money community, Onetime, has named the venue as Casino of the Year. Onetime gives overviews of where the best deals and opportunities to beat casino games in a legal way can be found by consumers.

Arno Bongers, casino manager at Nijmegen, paid tribute to his staff for the award. Onetime has been organising an awards programme since 2015 in which a professional jury and the public can vote for their favourite casino.

There were 11 nominations competing for the award.

British bookmaker William Hill has announced that Adrian Marsh will join the company as its new chief financial officer later in 2020.

Macau will allow casinos to resume operation from February 20, following a two-week suspension due to the spread of Coronavirus.

Australian bookmakers Ladbrokes and Neds have been fined a total of $207,500 for offering illegal gambling inducements to NSW residents, the largest ever fine of its kind.