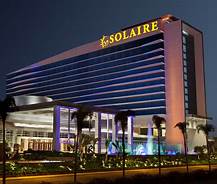 Operator Bloomberry Resorts has lodged the plan with the country’s authorities following the conclusion of a deal to buy over 2.7 million square metres of land in Ternate, Cavite, reports gaming news feed Inside Asian Gaming.

Bloomberry already operates in the country through its Solaire Resort and Casino (pictured) in Manila. It said in the filing that it would develop a resort and entertainment complex on the site with "a world-class casino, hotel, golf course, commercial, residential and mixed-use development."

The company also said that it would not begin the project until it had completed the its Solaire North venue in Quezon City next year.