Madrid has suspended the authorisation of betting venues in the Spanish capital and has plans to amend the regulations governing the existing locations. 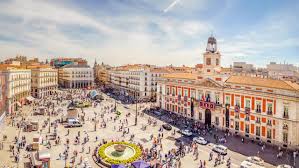 The move was announced by the Minister of Justice, Enrique López, who said that the decision was taken by the Governing Council of the Community of Madrid as a temporary measure.

It was intended to protect minors and the vulnerable, he added. “The community has declared war on gambling,” said López. He pledged that the regional authorities would reform the licensing process for betting venues.

There are currently 678 betting points in the city, of which 171 are bookmakers’ shops, 470 are betting rooms with a betting “corner” and 33 are bingo locations with a betting corner. In addition there are four casinos with betting facilities.