Alberto Fornaro, executive vice president and chief financial officer of International Game Technology, has resigned from his position and will leave the company on January 31, 2020. 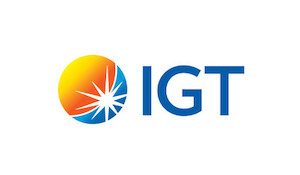 IGT's board of directors has unanimously approved the appointment of Timothy Rishton, currently IGT's senior vice president and chief accounting officer, as interim CFO during the search for a permanent replacement.

"I would like to thank Alberto, both personally and on behalf of the IGT board of directors, for his leadership and outstanding contribution during the last eight years as CFO of first GTech and later IGT," said Marco Sala, CEO of IGT. "Alberto played a significant role in improving our financial and operational performance, including helping to secure large, strategically important contracts for the next several years. We look forward to an orderly and seamless transition of his responsibilities, and wish him well in his future endeavours."

"It has been a great honour to serve as IGT CFO and to participate in the company's success during the last eight years," Fornaro said. "With the recent completion of important refinancing activity and a strong finance organisation in place, it is the right time for me to move on to a new challenge."