Clarion Gaming’s inaugural ICE North America Digital has been hailed as a stand-out success after attracting significant interest from across the industry. 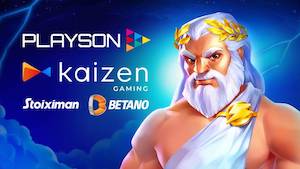 The week-long, free-to-attend gathering of operators, suppliers and regulators featured 50 speakers during five days of high-quality content dedicated to the land-based, online and tribal betting and gaming markets in the US, as well as its growing hospitality tech sector.

It attracted over 4,000 registrations from 558 companies based in 85 countries around the world, who recorded over 7,000 visits to the site. The networking area of the Swapcard platform upon which it was hosted was equally popular, witnessing over 5,000 business discussions take place and 2,000 new connections made.

Among the speakers who took part were some of the industry’s leading regulators and legislators, such as David Rebuck, director of the New Jersey Division of Gaming Enforcement, Michigan State Representative Brandt Iden, Christopher Hebert from the Louisiana Attorney General’s Office and Sandra Douglass Morgan of the Nevada Gaming Control Board.

They were joined by operators including Kresimir Spajic from Hard Rock International, Seth Young from PointsBet, Jesse Chemtob from FanDuel Group and Ellen Whittemore from Wynn Resorts.

“We were all disappointed when we couldn’t meet up in New Orleans, but we were acutely aware that the show - in one form or another - had to go on. Thanks to a lot of hard work by the team and some fantastic contributions from our speakers it has worked really well.

“Not only was the content they produced free for visitors, we also facilitated some great networking opportunities too. I’m very confident people who joined us will have left knowing more and meeting more people, which is what these events are all about.”

“Our next focus is ICE Asia Digital starting on June 8, which will offer insight into current state of the Asian region during this turbulent time.”

Understandably, one the most popular discussions during the week was a keynote speech on the financial impact of Covid-19 on the global gaming industry. Other well-attended debates included those focused on the pandemic’s implications for regulation, whether or not it would affect the roll-out of sports betting, as well as preparing land-based properties for reopening.